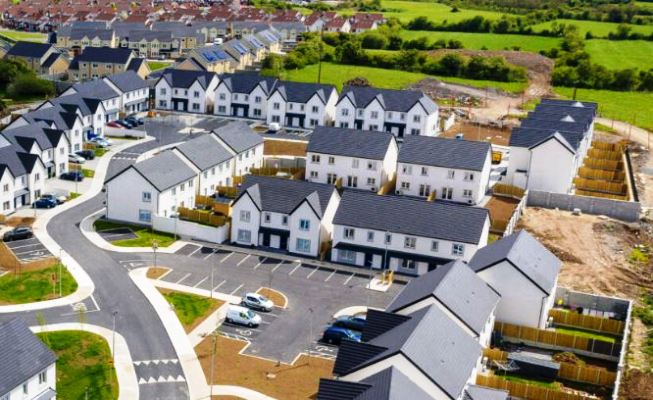 This email is coming to you later than usual as, like most people in the industry, we have been listening with interest to the launch of the Government’s latest “unprecedented” housing plan to address Ireland’s housing crisis.

‘Housing for All – A New Housing Plan for Ireland’ was officially launched by the Taoiseach, Michéal Martin TD; the Tánaiste, Leo Varadkar TD; the Minister for the Environment, Climate, Communications and Transport, Eamon Ryan TD; and the Minister for Housing, Local Government and Heritage, Darragh O’Brien earlier this afternoon.

The rhetoric of the launch speeches and pushing out of very large – and very difficult to believe – housing numbers will be familiar to those who remember the launch of Rebuilding Ireland, the previous great hope to tackle Ireland’s housing crisis – albeit a different crisis back in 2015.

Housing for All promises the delivery of close to 33,000 new homes every year up to 2030. The annual breakdown by tenure is: 11,800 new private homes; 6,500 new private rental homes; 4,100 new affordable homes; and 10,300 new social housing homes. While the scale of ambition is not unprecedented, the level of specificity is – thankfully. Also, the level of funding is unprecedented in this country, with €4 billion pledged for housing delivery each year up to 2026, or for the lifespan of this government (€20 billion total).

This multi-annual, multi-billion euro plan is focused on improving Ireland’s overall planning and housing system, introducing new housing solution types – although the Housing Minister was at pains to point out  that he has banned co-living… The policy, which the Housing Minister described as “all challenging, all doable” has 213 action points, across four pathways, to achieve housing for all, as follows:

Some of the key measures for investors include a rent value freeze to 2024 by linking any increases in Rent Pressure Zones to inflation; new regulation of short-term lettings through a Fáilte Ireland registration system; indefinite tenancies (with no time length) to strengthen security for renters; and minimum Building Energy Rating standards for private rental dwellings.

Key development measures include the ending of SHDs and a return of planning decisions to local authorities; overhaul of the judicial review process that will be “targeted, radical, and necessary”;  a new tax to activate vacant lands for residential purposes to replace the Vacant Site Levy; and of course the already-leaked, ‘Kenny Report’-style powers to ensure sharing of the increase in land values from re-zoning decisions, for the benefit of the community.

The expected vacant property tax will not be legislated for until after next year as the Government needs the data on what is actually vacant,  and why,  from Local Property Tax, which was reformed earlier this year. In a rather difficult media Q&A (that went off-topic, much to the annoyance of An Taoiseach), the Government committed to legislating for the taxation of vacant sites next year.

As mentioned, there are 213 action points contained in the new plan and these will take time to go through fully (as always, the devil is in the detail). The key initiatives will likely be parsed and debated across the mainstream media over the coming days and weeks. In the meantime, for anyone looking to access the Housing for All plan in full, it can be downloaded from the Department of Housing website here