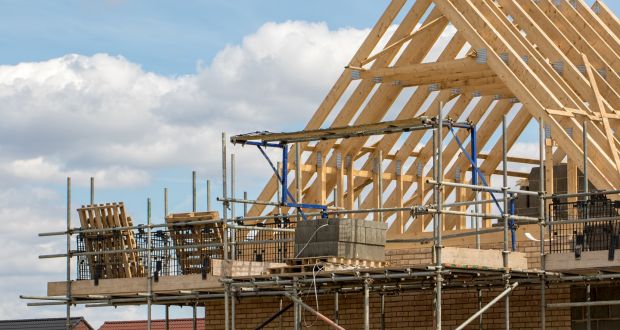 Reducing residentially-zoned land was always going to be controversial. As to whether or not this bold move will alleviate Ireland’s crisis, there are polarising opinions on this. A recent article in the Irish Independent by the Chief Economist at Davy, Conall Mac Coille, calls for CO2 emissions-based taxes for the industry rather than dezoning of lands currently designated for housing. He believes that the chronic shortage of homes makes any initiative aimed at reducing zoned land doomed to fail, particularly as there is already a notable lack of zoned land with residential planning permission. This makes sense given the current expectations that house prices here are likely to increase by more than 10 percent over the coming months. And this forecast is not unrealistic. Inflation is currently 7 percent and June saw a 1.5 percent month-on-month increase in average property prices.

This feels like an inter-governmental argument that has been brewing for some time. Earlier this year the new Planning Regulator (OPR) took issue with Dún Laoghaire-Rathdown council’s plan to zone land capable of hosting approximately 22,800 homes on the basis that it would lead to an excess of land zoned for residential purposes. Mac Coille adopts the view most widely held by the industry, that increasing available land would have created a surplus, which would have most likely led to housing price drops, not rises.

The case of greater density is clear, but it cannot be the only approach as it simply does not work in every area. Frankly, the ongoing tolerance of judicial review applications on flimsy grounds is not helping matters. It would have been great to see the Housing for All plans prior to the Summer recess. This cross-party strategy is the coalition’s great white hope for housing – Rebuilding Ireland 2.0. According to the Irish Times this morning, a vacant property tax looks set to feature in the Government’s new plan, with a vacant sites tax also under consideration.

Reducing building costs is an important feature of the new national housing strategy, and this is welcome. However, as well-articulated in the above Irish Independent article by Mac Coille,  subsidies won’t address underlying issues such as “over-zealous building standards, inefficiencies and the lack of standardisation”. They also won’t address the elephant in the room that is the attitude of Irish home buyers towards apartments. Genuine home buyers’ demand for apartments has not yet been established in Ireland, particularly outside of Dublin city centre.

Post-Covid, Ireland’s main challenges  – like elsewhere around the world – will be tackling housing and tackling climate change. These challenges cannot be looked at in isolation. Excluding the construction process, occupation of the built environment emits close to 30 percent of all CO2 emissions globally. Again, Mac Coille advocates for a workable approach:“The point here is not that activity should cease, but these sectors are very costly in terms of climate change, a key point in designing taxes to reduce CO2 emissions.” It makes sense.

← Ireland’s Private Rental Sector Losing ‘Key Player’Housing for All: All challenging, all doable … But by whom? →