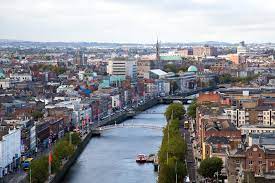 According to StockHouse.com, ‘High net worth professionals prefer Ireland’s IIP for investment immigration due to the greater flexibility and cost certainty it offers’. This news report was based largely on the latest performance report from the Irish Diaspora Loan Fund, which is just one of the approved products offered under Ireland’s Immigrant Investor Programme, or IIP.  The above fund saw demand amongst Hong Kong’s high net worth families and professionals increase significantly between 2019 and 2020. This tallies with official programme statistics, which show a 300 percent increase in approved Hong Kong-based applicants in 2020.

Established almost a decade ago, the IIP facilitates Irish residency, and therefore EU residency, in exchange for ‘approved’ investment in the Irish economy. Although the scheme has attracted criticism, both nationally and internationally, the IIP is a vital tool for inward investment to Ireland. Successful applicants must show minimum lawful wealth of €2 million. Also, they must show investment in one of the IIP’s approved schemes at a minimum level of €1 million. Significantly, successful applicants are not required to relocate their entire families immediately upon approval, which is a feature of similar residency initiatives offered by other countries. In fact, under the IIP, once approved for permanent residency, the individual need only reside in Ireland one day every year! Typically, according to executives of the above-mentioned Irish Diaspora Loan Fund, approved applicants tend to stay in their country of origin and send their children to Ireland for post-primary or third-level education.  While Hong Kong-based applicants make up one of the fastest growing demographics for the scheme, globally, applications to Ireland’s Immigrant Investor Programme exceeded 400 in 2020.

Of course, it is not surprising to see Ireland emerge as a preferred migration destination for wealthy individuals. In the past we might have cited the relatively high standard of living (second only to Norway, according to the United Nations’ Human Development Report 2020) and one-time world class education as driver of this, however, the 2020 offering was squarely focused on Ireland being the last remaining English-speaking nation within the European Union.

Frankly, Dublin requires more high net worth individuals buying private homes given that an annual income of €96,000 is now required to purchase, through mortgage, even the cheapest of Dublin’s apartments, according to an RTE news report (full details here). This news item was referring to figures released by the Society of Chartered Surveyors Ireland and based on an average two-bed, low-spec and low-rise suburban apartment with a sales price of €375,000. Affordability remains the issue of the day in 2021, however, it is likely to be eclipsed by the ongoing industry shutdown which results in 700 to 800 fewer homes being delivered to the market each week that sites remain closed. The Housing Minister used these figures to lobby the Cabinet Committee to lift the ban on construction, which was ultimately unsuccessful so, at this stage, it looks like the industry will remain closed until March 5th.

← Public Consultation: The Future of Residential Development in DublinHow Democratic is Planning in Ireland? →