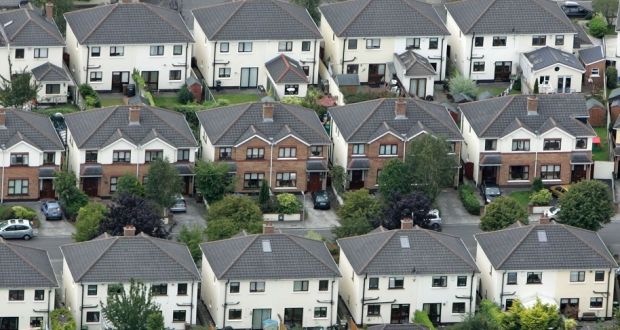 We knew it was coming but it looks like the day is finally here, say goodbye to three-bed semis in Ireland’s capital city. Reporting on this bold ambition, Olivia Kelly, Dublin Editor for The Irish Times recently published an article titled ‘Days of three-bed semis in Dublin are over as high density housing plans take hold’ wherein she discusses how our rising population is set to be addressed in new development plans for Dublin. John O’Hara, Dublin City Council senior planner, has reportedly said that “the days of the three-bed semi are over”, with plans for four new urban villages made up of apartment schemes drawn up for the new Dublin City Development Plan 2022-2028. These new urban villages are due to house an expected increase in population of up to 70,000.

O’Hara speaks about how Dublin City Council needs to maximise the potential of land in and around the M50 in order for more homes to be built. As we have mentioned here previously, this plan includes building on some of the largest industrial estates near the M50 including Dublin Industrial Estate, Malahide Road Industrial Park, Jamestown Business Park and many more lands that are currently zoned for industrial use. Notably, the city’s senior planner addresses the push back there has been in the past with regards to building taller housing blocks and how that is simply not sustainable when trying to combat climate change; “the corollary of that is to contain urban sprawl with higher-density development. That does not mean forcing employment out of industrial areas”.

With regards to commuting, O’Hara does not want people commuting by car and has said that he will not be making driving routes or car parking a priority. Instead he will maximise public transport and new cycle paths and footpaths. Speaking about the changes that will need to be made for a post-pandemic city, he says that there will inevitably be some “bounce back” within the retail sector but that we need to be realistic. Nothing will be as it was before, with a sense of fear still lingering for many people, and there will be a need for social distancing for quite some time to come. However, he does realise that the city will have to retain some vitality as it had before and pledges to focus on culture and residential use for the inner city centre; “We have to look at the loss of cultural capital and where we can provide those spaces indoors or outdoors. We also need to consider whether the hospitality industry might have a contribution to make to that cultural offering, maybe allocating part of a hotel to a jazz club”.

Dublin City Council is due to hold an online meeting about this development plan which will be open to the public on January 25th and 26th. After this time, a submission form will be available for people to voice their concerns about these plans on www.DublinCityDevelopmentPlan.ie. The closing date for this public consultation is February 22nd, 2021 and we urge members of the industry to get involved, speak up and share any potential concerns.