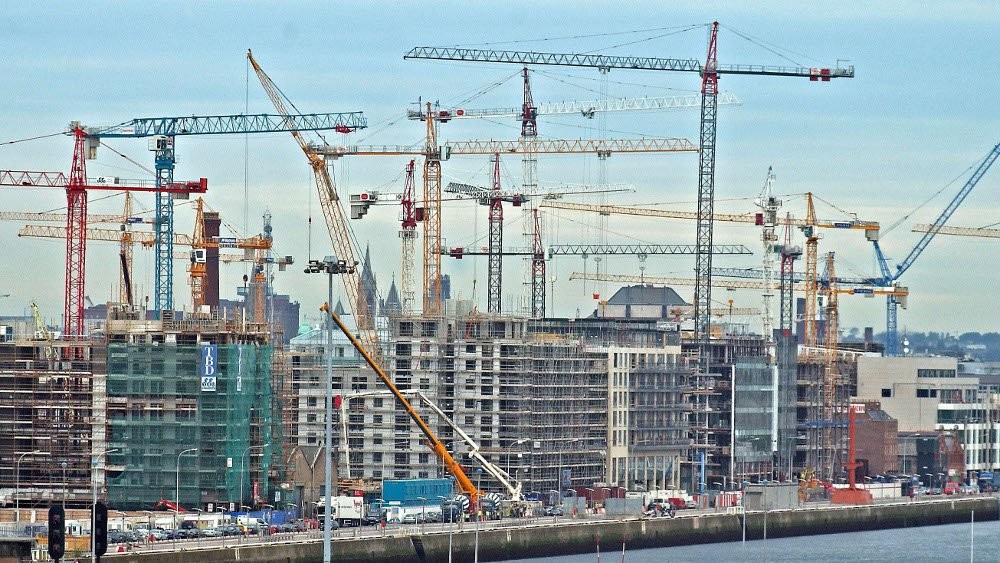 You may have read in this morning’s Irish Times, journalist Eoin Burke Kennedy reports that the construction industry in Ireland has hit a surprisingly overheated state, with pressure levels being described as “Celtic Tiger levels” as a result of the significant rise in costs.

Kennedy examines a study conducted by property consultants Mitchell McDermott, which questions whether the industry currently has enough manpower to construct the politicians’ promise of 40,000 housing units, in response to the housing crisis.  Along with these extreme levels of pressure the Construction Industry Federation (CIF) points out that these electioneering promises cannot be delivered upon without the State “addressing” all of the project costs other pure construction costs, for example, VAT, development levies etc.

The report shows hotel and office construction delivery nearing full capacity, while there is still strong demand for student accommodation and other residential schemes. This category is the most severely impacted by viability and affordability issues. In fact, the article goes on to demonstrate that to make home buying a realistic goal for the average couple, the Government must first look at places of lower densities outside Dublin and consider a State-backed shared equity scheme. The report that Mitchell McDermott conducted estimates construction activity within the Republic of Ireland last year grew to €23 billion, representing a growth rate of 12 percent. However, the number of workers in the construction industry jumped by only four percent, a mere 6,000, this has resulted in the rise in cost of wages.

In terms of cost, one of the sample projects outlined in the report shows an office building costing €25 million to construct today (2020) could have been delivered  for €20 million back in 2015. Also, output has risen to 21,500 in 2019, from the 6,000 it was in 2014. While the increase is welcome, it is still significantly below the broadly agreed upon requirement of 34,000 new homes per year.

One of the other key figures in this report is the rise in the number of planning permission applications that went through in 2019, an impressive number of 19,000. Commenting on the report, Paul Mitchell pointed out that if all of these applications are acted upon, it should almost double the current residential output to just shy of 40,000 in a mere 2 years.

Sounds easy, doesn’t it? But who is going to build these homes? According to past comments from the CIF, the sector needs 100,000 more workers over the next few years, that is a huge increase given that the current figure employed by the sector in Ireland is now 150,000, down from a boom time high of 200,000. In terms of policy change, are we even asking the right questions or attempting to solve the right problems?

← Business case for investment and development outside Dublin is strongIn the year of the mega-deal, what did we miss? →