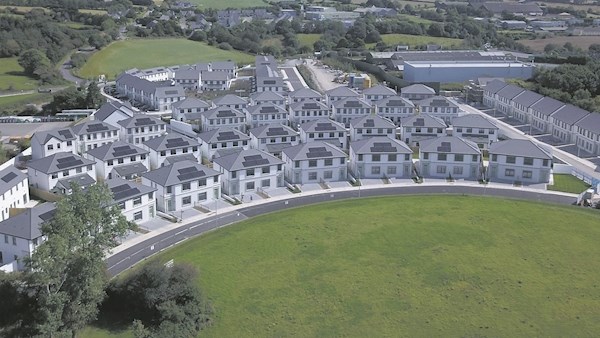 As Election Day 2020 looms, the political chatter is getting louder and louder; rest assured we have no intention of adding to that. But… is it significant that housing, climate action and agriculture have emerged as the big ticket issues for the electorate on this occasion. Whatever your political leanings and preferences, it is important to take the time to understand what all of the parties, and indeed Independents locally, stand for. Most of the parties have outlined their policies on housing over the past week and there have not been too many surprises, except maybe one. Speaking to RTE earlier this week, Fianna Fáil leader Micheál Martin said there is “too much hoarding of land” that needs to be freed up for development. He stressed that developers cannot be “sitting” on land in the midst of a housing crisis and for this reason, his party will double the vacant site levy to 14%. While frustrating and, frankly, unhelpful, to larger developers  at this time, such a move would likely create (or, at the very least, free up) opportunities for smaller-scale homebuilders. And there is a strong possibility that these opportunities will be outside of the capital, in the farther-most commutable towns and villages of Louth, Meath, Laois, Carlow and north Wexford.

Readers here who follow the original social media platform that is the Irish Times Letters to the Editor section might have noticed a trend in recent months towards letters about local planning. One popular letter that prompted several weeks of media and public commentary suggested that “…it is time that urban planning focused on housing outside the capital”. This suggestion was given in the context of a complaint that relaxed planning guidelines in Dublin are “creating ghettos for the future”. The public response to this was overwhelmingly in agreement, with other people writing in to bemoan “A lack of imaginative planning is a problem in other places too, with apartment blocks proliferating without proper infrastructure and a shocking lack of publicly accessible green space, especially semi-wild or biodiverse public space. One of the reasons for this situation may be that local councillors seem to have so little planning power, which is either controlled centrally, or wielded by profiteering local developers”. Why is this type of public commentary important? Because right now, our future policy-makers are pandering to the electorate. For this reason, it is crucial that all public voices are heard – this includes local investors, landlords, home builders and self-employed trades who are struggling with viability issues.

According to a new Residential Buildings Report from GeoDirectory, the average property price in Ireland in 2020 is €295,000. Dublin now has the highest average price at  €420,000, with Leitrim at the bottom of the table, having an average home price of €121,000. The same report highlights a 40 percent increase in the number of new homes under construction over the past 24 months. Significantly, Ireland’s population grew by 64,500 over that period and with 70 percent of the population outside of the capital, the business case for investment and development outside of Dublin is looking strong. As always, we would be interested to hear from you on this.