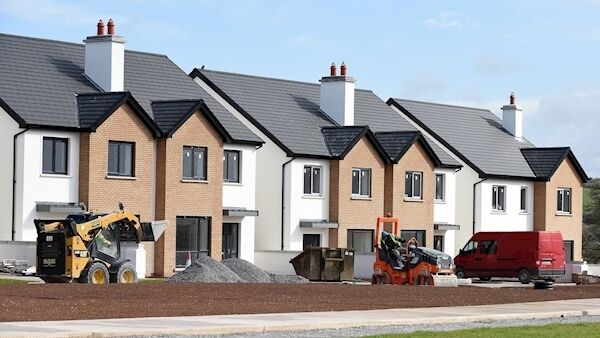 In our final note of 2022,  we can sum up each of the weekly, monthly and quarterly house price reports of the last 12 months by confirming that average property prices across Ireland have increased 130 percent over the past decade.

Earlier this week the Financial Times published a piece about the Irish property market (‘The boom that shows no signs of slowing’) noting that while other European markets are cooling off, Ireland is facing a housing shortage that continues to drive up the cost of renting and buying a home in every town and city.

The article bluntly labels the situation that Ireland is now facing as a ‘housing crisis’ (arguably better than ‘perma-crisis’), with rising prices and a shortage of both rental and purchase properties. House prices rose nearly 10 percent nationwide in the year to October, according to the Central Statistics Office, and have increased 130 percent since 2013. At the same time, the number of available properties to rent has fallen dramatically, with just 495 homes available to rent in Dublin on July 1 and only 35,000 nationwide, according to a report by Trinity College Dublin Professor Ronan Lyons for property site Daft.ie. Rents have also risen, with an average increase of 14.1 percent in the third quarter of this year compared to the same period in 2021. The Government’s €4bn per year “Housing for All” construction program aims to address the housing shortage, but population growth and increased immigration to the country suggest the need for housing may be double the current construction target.

The housing crisis is affecting the economy and international perception of Ireland, with multinational companies citing it as a problem for staff retention. The Government has implemented measures such as a vacant home tax and increased funding for social housing, but the problem persists.

There can be no doubt that the housing crisis in Ireland has become the most pressing political issue in the country in 2022, with 84 percent of people believing the Government is performing poorly on housing and almost 60 percent believing they are doing very badly, according to the most recent Red C poll. Nationalist party Sinn Féin has become the most popular political force in Ireland by focusing on the housing crisis and promising to accelerate homebuilding, cap bank rates, and abolish local property tax. It also plans to use a leasehold model, under which the Government would contract the construction of homes on public land, eliminating site servicing and development costs to create cheaper houses that would be offered only to other people who qualified for the housing scheme if owners wanted to sell. There is mounting skepticism about the likely workability or success of such an initiative. Arguably, opposition is a more comfortable position for policy purists. But here is still life in the current Government and an opportunity for bold action in 2023.
Will this opportunity be seized?