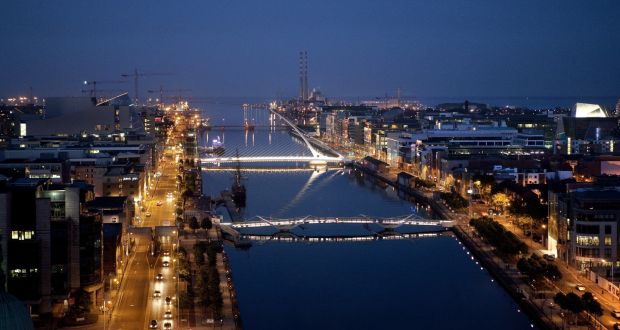 It has certainly been an interesting week…. You will undoubtedly have been subjected to all manner of speculation in recent days about the shape of Ireland’s next Government, the identity of our next Housing Minister and how this is likely to impact on existing policy and pending policy changes. There is nothing helpful we can add at this stage. Uncertainty is the only certainty. What we know so far is that the markets have not reacted positively. By early Monday morning, shares in construction and property-related companies listed on the Dublin stock exchange tumbled between 7% and almost 11%.

Rather than speculate on all of the possible outcomes, the most helpful thing market watchers and players can do right now is take a step back, analyse and fully understand the marketplace. From a residential perspective, 58,100 property transactions were registered on the National Property Price Register for 2019. The most recent figures from the Central Statistics Office, or CSO, reveal that house prices increased an average of 1.4 percent in 2019. Significantly, when this is broken down into Dublin and, separately, the rest of the country, it appears that residential property prices in Dublin price actually fell by 0.7 percent.

According to an article in the Irish Independent today, as much as €24 billion was spent on acquiring Irish property over the past 12 months. While activity across the residential sector dominated in 2019 (up by more than €1 billion on 2018 levels), the total figure includes new homes, all other residential and commercial transactions, agricultural transfers and development land deals. Unsurprisingly, more than half of all residential activity was concentrated in and around the greater Dublin area.

And on the topic of development, latest figures from CBRE show that €1 billion was spent on development land across Ireland in 2019. The same CBRE report estimated that investment property deals last year exceeded €7.2 billion. The breakdown between commercial and residential is less clear, however, PRS investment for 2019 has been estimated at €2 billion.

As mentioned last week, 2019 was the year of the ‘mega-deal’, with 18 individual deals in excess of €100 million over the 12 month period. All of these deals were in the greater Dublin area. While Ireland benefited from UK Brexit uncertainty by attracting the expansion of large, multinational technology companies, there can be no doubt that it impacted the domestic occupier market quite negatively. Looking ahead for 2020 – despite the above mentioned drop in markets earlier this week – the larger agencies are confident that Ireland’s commercial market fundamentals remain robust. In excess of half of all the 4.7 million square feet of office space due to be delivered to the market by late 2021 has already been pre-let or is under negotiation. Until the political dust settles, these are the most reliable market indicators we have. As always, we are interested to hear your views on this.

← In the year of the mega-deal, what did we miss?The future of short-term rental properties in Dublin →