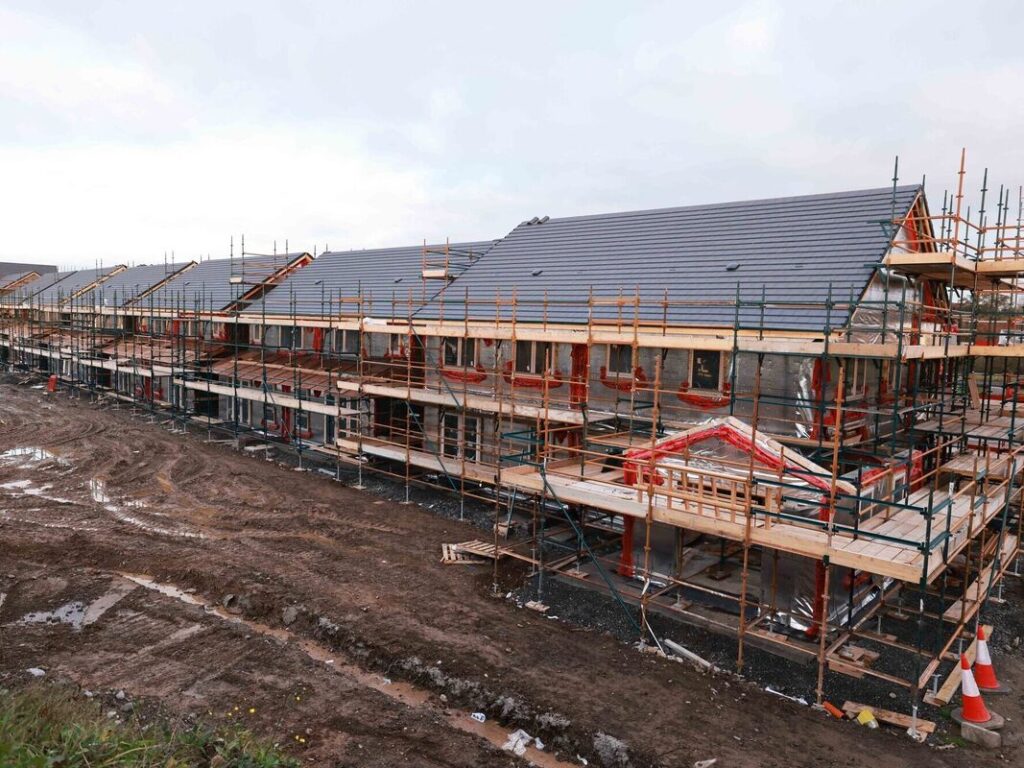 What a week, no fewer than three named storms hit Ireland, and there is more to come. In a way, this sums up the housing mood too.

Last week we noted the latest CSO figures showing property prices increased by almost 15 percent last year, putting prices less than 4 percent off the Celtic Tiger peak. Not many here will have needed to read confirmation in The Irish Times this week about the volume of second-hand homes for sale across Ireland falling to record lows. At the lower value end of the market – sub €200,000 – the stock levels were described as “particularly tight” by Sherry FitzGerald. Across the entire country, there are now only 14,400 second-hand properties listed for sale (3,150 in Dublin), which equates to 0.7 percent of total housing stock in Ireland, and 0.6 percent of total Dublin stock. This is down 6.7 percent from the same time last year. Critically, it is down 30 percent from pre-pandemic levels (January 2020). The persistent mismatch of housing supply and demand, compounded by slower than expected delivery of new homes, means that “upward pressure on prices is likely to persist in the months ahead”. Interestingly, stock levels across Dublin varied, with stock levels actually increasing in Dublin city, Dún Laoghaire-Rathdown and South County Dublin, whereas stock levels fell by more than 12 percent in Fingal.

Similar variations were seen across the regional cities, with stock levels in Cork city reducing by 12.3 percent, whereas increases of 9.6 percent and 3.7 percent were experienced in Limerick city and Galway city respectively. Overall, the four provinces recorded decreased levels of housing supply in 2021.

This decreasing supply has been met with the force of additional demand in the shape of €1 billion Covid savings, which has been put towards property purchases. According to KBC Bank, this is driving steep increases in house prices, adding an estimated five percentage points to current rises across the property market.

For the past two years, we have repeated that it is too early to know the real impact of the pandemic on the property market. That is still true, however, we know more than we did at the start, or even 12 months ago. For example, most assumptions were that the impacts would be broadly negative, however, this has not been the case. Consumers have been more opportunistic than expected. Instead of being paralyzed by economic and health uncertainty, they pounced on the opportunity to save and then spend; pent-up demand backed by pent-up savings. However, it is worth noting that the latest KBC Bank consumer sentiment index found consumer confidence in Ireland has been hit by overall price pressures and the tensions over Ukraine. The next week will tell a lot.

← How reliable are the usually-reliable market indicators?Learning from Alaska →