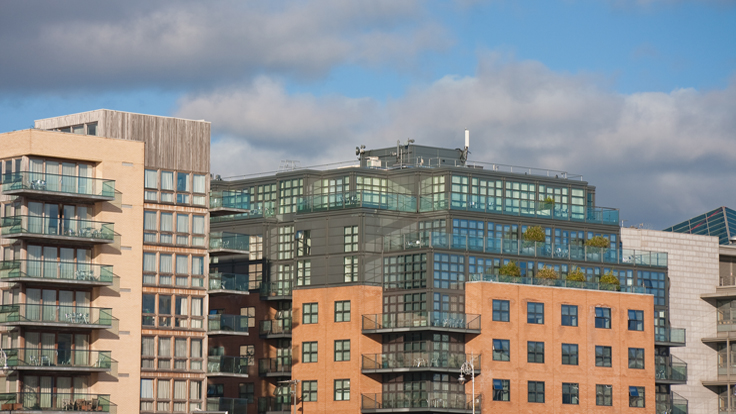 According to the European Commission, Ireland’s economy looks set to be the second-fastest growing economy in the eurozone this year, and it is expected to be the fastest growing economy next year. This follows a year of massive growth of 13.5 percent in 2021, which has been largely attributed to pharma and IT exports throughout the pandemic. With expectations of 5.4 percent in 2022, and a further 4.4 percent next year, Ireland’s growth rate is well above EU and eurozone averages. In terms of inflation, we are looking at levels exceeding 6 percent this year, which are forecast to fall to 3 percent in 2023.

It is clear from the most recent round of residential property results that the rising cost of living has yet to impact or dampen property prices. Year-on-year growth to the end of Q1 showed average house price increases of up to 15.2 percent. And while the regions outside of the capital are leading the charge, this growth is being experienced across the country.

Added to the housing woes this week is confirmation of what many here will have anticipated: rent controls have worsened Ireland’s housing crisis. As reported by The Irish Times this week, a study by economist Jim Power has found that the rent pressure zones (RPZs) introduced in 2016 to limit rent price increases, have actually resulted in significant “rent rigidities”. Commissioned by the Institute of Professional Auctioneers and Valuers (IPAV) and the Irish Property Owners Association, this report also revealed what the report author describes as an inefficient two-tier system due to the proper maintenance of rental properties no longer being economically viable.

The report references the ongoing exodus of smaller landlords from the market, which has been well documented for several years by Sherry FitzGerald and other estate agents. We know that the institutional landlords are coming into the Irish marketplace at scale, however, they are not actually filling the gaps left by exiting private landlords as their residential offering is significantly different, and tends to be at a premium pricing level. In practice, new properties – even those within RPZs – coming to the rental market can charge whatever rent the market will accept, which in turn is pushing landlords at the bottom of the market to leave as there is no mechanism to charge fair market rent. Obviously this is an unfair, and frankly ridiculous, situation. The taxation treatment of private landlords, as compared to the tax treatment of institutional landlords, was also cited in the above report as a “serious disincentive for private landlord participation in the market”.

The report conclusion will not surprise anyone, Ireland’s rental market is not functioning in an effective manner. The RPZs are not achieving what they are intended to achieve. More significantly, these RPZs are actively undermining the market.

← Stark rental figuresWas the ECB “too pessimistic” previously or is it not pessimistic enough now? →