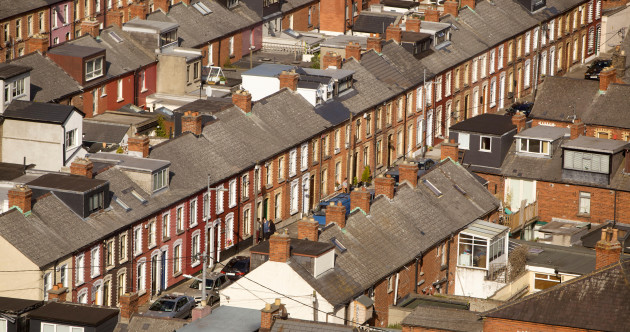 Quite a lot happened for the industry this week…

Setting aside the controversy within An Bord Pleanála, which is still unfolding, the Bord was the subject of a Currency.news feature this week, calling out “unimplemented institutional reforms, controversial government housing policies and relentless legal challenges”. At this stage, it is difficult to see how the proposed new planning and environmental court, which will be a division of the High Court, will be successful without reform at earlier stages of the planning system.

Broadly, it has been a good week for developers and for construction contractors. The Croí Cónaithe housing scheme, which will effectively subsidise less viable, qualifying, urban developments, came under fire but appeared to withstand political opposition .For further information, please click ‘Croí Cónaithe Explained’ .

From a delivery perspective, the most important announcement came when Minister for Public Expenditure Michael McGrath and the Cabinet agreed to provide funding to main contractors working on public projects in order to off-set rising inflation costs. It looks like there will be an element of retrospective inflation cost recovery on payments made on the projects since the start of the year.

On the ground, the most recently published Daft.ie report shows that there are now fewer properties across the country available to rent than ever recorded. There are only 851 rentals listed nationwide on the platform this week. This time last year, the available figure exceeded 3,500 (and that was a record low!). The most concerning statistic reveals an 81 percent decrease in Dublin rentals. There are now fewer than 470 properties available to rent in Dublin City and County.

Also, the average monthly rental has increased by almost 12 percent, year on year, with rents now costing on average €1,567 per month nationwide, and €2,202 in Dublin. As predicted, the regions are experiencing a renaissance. The regional cities have recorded average rent increases of up to 16.2 percent. Unsurprisingly, the highest overall increase was seen in an area of the lowest base rents,  Leitrim, where average rents increased by almost 25 percent.

One surprising aspect of the Daft.ie report was an analysis of rent increases for existing tenants – people who had not moved into new accommodation and are already leasing a property – and showed an average increase of 3.4 percent each year over the last 10 years. This is likely much higher than most in the industry might have expected. It is worth noting that these increases have been greater for sitting tenants in Dublin compared to tenants in other parts of the country.

With a range of supply-side initiatives coming down the track for developers and construction contractors, perhaps now is the right time to revisit tax incentives to keep landlords from exiting the rental market…

← The Opportunity of ObsolescenceRent Controls: A basic lesson in cause and effect →