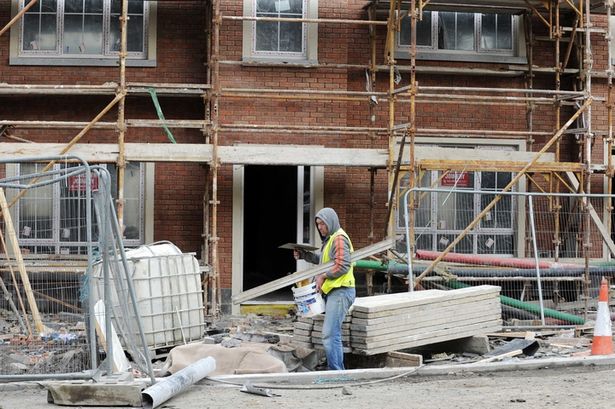 Last week saw the release of a whole host of residential property reports showing average price increases of between 8.4 to 12.3 percent over the past 12 months, with no signs of a market slowdown. Similarly, the latest commercial reporting from JLL and CBRE revealed a strong start to 2022, with a figure of between €750 and €760 million invested into the Irish commercial property market in the first three months of the year. Notably, take-up in the Dublin office market is still significantly behind pre-Covid levels, with leasing levels for the first quarter (477,000sq ft agreed across 40 deals) running 24 percent behind the ten-year average.

This week Savills Ireland confirmed an increased take-up of industrial and logistics space in Dublin of 93 percent, compared to Q1 of 2021. This sounds massive but, in reality, is coming off a low base. Current take-up levels are running 33 percent above the five-year average. 33 percent is still a markedly large jump, however, the report author noted an above-average number of large deals, with four units in excess of 50,000 sq ft signed, two of which exceeded 100,000 sq ft. There was a decline in small deals between 5,000 and 10,000 sq ft. industrial and logistics take-up levels are described as “constrained” due to the absence of available stock rather than any dampening of demand. Interestingly, the share of take-up accounted for by sales rather than by lettings fell to 6 percent this quarter, which is the lowest level on record, and down from 66 percent in 2014. This steep decline in sales is attributed to the shortage of space as the vacancy rate across the market is currently 1 percent. The four largest deals in this sector in Q1 were for recently completed units or pre-let stock, which has been identified as a trend that is likely to continue, with pre-lets expected to dominate take-up for the rest of the year.

Land sales seems to have been the underperformer this quarter, with the latest CBRE research confirming a very low volume of land sales completed. Only 14 land sales were completed in the first three months of 2022, totalling approximately €70 million. The low levels of activity have been attributed to a dearth of large land banks available in the Irish market right now. According to Peter Garrigan, Head of the Development Land team at CBRE, the land market is busy and demand is strong, but current transactions are for small-scale sites. He also pointed to uncertainties impacting the marketplace, which include ongoing judicial review hearings,  a review of Ireland’s planning system, expiring local authority development plans and new regulations due to come into force. This uncertainty is feeding developer frustration and likely to have a negative impact on the development market – and delivery – for the rest of the year.