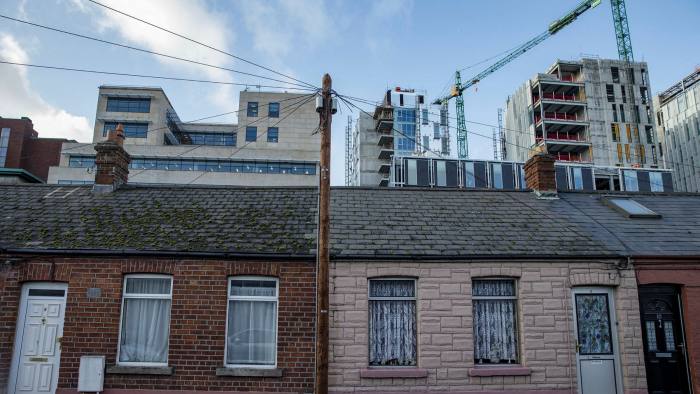 In the same week that the Irish Fiscal Advisory Council issued a warning about the lack of builders within the State right now, and explained how this shortage of skills “puts [the] National Development Plan in danger”, the Government announced its plan to facilitate the retrofitting of half a million homes around the country by the end of the decade. This refers to about a quarter of all the houses in Ireland.

There was a definite sense of ‘here we go again’ as news of the retrofit programme started to circulate. Many people are likely to have skimmed the latest announcement without registering its significance, which is understandable, previous SEAI initiatives have been underwhelming at best.

But, this time, it is different. There is an agreed and committed target in the climate action plan of halving carbon emissions from Irish houses by the end of the decade. One of the routes to achieving this is to bring 500,000 homes to a B2 energy standard by 2030. Only 15,000 homes were retrofitted in 2021 – that’s not a good start – prompting the Government to push the value of the grants up to as much as €25,000 for a private home (the Business Post refers to a figure rising to €50,000) under the new National Home Energy Upgrade Scheme. The main change is to decrease the upfront expense for households.

Retrofitting is one of the main ways the Government intends to reduce emissions from the residential sector and it involves making energy-efficient changes to existing buildings through measures like installing heat pumps, insulation and solar panels. But the capability of the construction sector to deliver on targets cannot be taken for granted. There are an estimated 30,000 more workers needed; where are they going to come from? Earlier this week the Tánaiste admitted ‘difficulty’ in getting young people to apply for construction courses. The industry needs to make itself appealing to the next generation of talent, however, initiatives over recent years have failed to have any meaningful impact on the numbers of young people choosing construction as a career. In an interview with RTÉ radio’s Morning Ireland, the director of the SEAI’s national retrofit scheme Ciaran Byrne referred to “one-stop shops”, describing construction companies – often working with energy providers (or vice versa) – who advise on the works, assist in sourcing low-cost loans, and carry out the works. He estimated that there are approximately 20 such operations in Ireland at the moment, and he expects this number to double. It will be interesting to see the homeowner takeup figures for 2022. Similarly, it will be telling to watch for a correlation between the number of retrofits delivered this year and next, and the number of new homes delivered.

← 2009 Housing Policy: “Nothing good came of this mess”How reliable are the usually-reliable market indicators? →