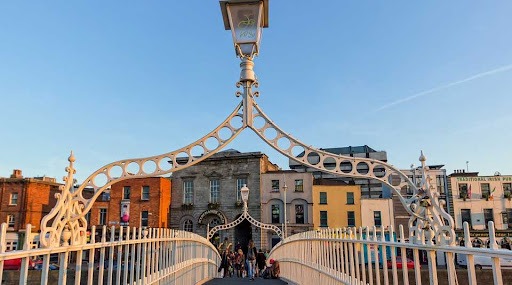 It has been another busy week for the industry with the release of the first Housing for All quarterly update – which we were promised, but perhaps didn’t expect to see this soon. This will be a useful ongoing policy check-in, one that has been missing from housing delivery in the past. According to the update, 10 of the stated 11 measures targeted for Q3 2021 have now been completed, these include: Enactment of the Affordable Housing Act 2021; Establishment of a new Affordable Housing Fund; €12 billion Exchequer allocation for social and affordable housing to 2025 (through the NDP); Extension of the rent pressure zones to the end of 2024; and of course the controversial increase in Part V requirements, which commenced last month. New dwelling completions for Q2 totalled 5,021, which is in line with the same period last year, and the construction of 16,000 residential units commenced during this period.

Also this week, a Department of Housing circular sent to local authorities (and leaked online) about the winding down of the SHD process has indicated that the government can no longer commit to the early end date of October, as provided for under the Programme for Government.  Earlier this summer the government announced the winding down of the much-criticised SHD scheme, starting this month. It now looks likely that the scheme will expire in February 2022, at which point it is due to be replaced by a new scheme called the Large Residential Development (LRD) system. The delay has been blamed on the “additional time associated with the Joint Oireachtas Committee pre-legislative scrutiny”. The current position remains that SHD pre-application consultation requests and SHD planning applications will continue to be made to An Bord Pleanala until the LRD Bill is enacted and the supplementary LRD Regulations are in place, which will likely be in early 2022.

Another property article caught the attention of the Lotus team this week as Sherry FitzGerald provided figures to support what is clearly evident in the marketplace, that is, the exodus of small investors from the Irish rental sector continues at pace. According to the estate agent, the number of available tenancies across Ireland reduced by nearly 22,000 between 2016 and 2020. It finds that traditional buy-to-let investors are exiting the market at a rate of almost two to one and this has “aggravated” a supply shortfall, which is pushing up rents: “This is a shocking statistic at a time when the stock of rental properties should be increasing not decreasing,” said Sherry FitzGerald’s Marian Finnegan bluntly in an interview with The Irish Times. The Housing for All strategy has identified the need for 6,500 new rental properties a year to cope with the additional demand, however, instead of gaining 6,500 every year, the market is actually losing 6,500, according to the data. Yet, this has not been addressed through the raft of new housing policies introduced this year. It will be interesting to see how long it takes the government to notice and address this.