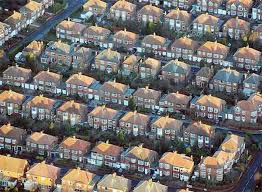 It is easy and understandable to get immersed in our Irish property market headlines, however, knowing that some element of uncertainty and likely correction lies ahead, it is crucial to keep a watching brief on the property market globally.

Earlier this week, The Irish Times posed the question ‘How does Ireland compare to the world’s hottest property markets?’ in an effort to understand whether increasing housing prices represent “a bubble or a temporary blip”. The most recent figures suggest that average property prices in Ireland have increased 5.5 percent year-on-year to May 2021, however, areas along the west coast have seen increases of up to 39 percent over that same period.

Knight Frank’s Global House Price Index, which studies property prices across 56 countries and territories, recorded an average increase of 7.3 percent in the year to March 2021. This represents the fastest rate of increase since 2006. While the average increase in Irish property prices is below the global average, the increases in many international markets far exceed it.

Interestingly, most housing markets across the world reacted in the same way to the pandemic, which is the opposite to what was forecast by economists and market watchers at the early stages of the outbreak. The economic downturn that was expected did, in fact, happen in most regions, yet, house prices held steady or increased significantly.

For 2021, Dublin barely registers on the list of the world’s fastest growing cities, coming in at 114th place, with 2.2 percent growth. Three of the top five fastest growing cities are in Turkey, while the top 20 fastest growing global markets include some of the most common for Irish living overseas – New Zealand, the US, Canada, the UK and Australia. The countries and cities that experienced the highest growth rates were those where supply was remarkably low prior to Covid-19. In 2020, the construction industry in Ireland was hit with the most stringent lockdown periods, yet the industry managed to regain output momentum by the year’s end. Other countries that kept construction open actually experienced larger pro-rata output decreases over the 12-month period.

Another contributing factor to this global house price growth is the continuing low interest rate environment. At a personal, home-buyer level, spending so much time in close quarters made people more aware and demanding of their home environment, with many being in a position to save more of their income than usual. Also, the much-hyped move from cities to rural areas, facilitated by remote working capabilities, has now been confirmed. While we are still in the early days of measuring the impact of the pandemic on housing, there has been an above average increase in rural property prices and a below average availability of rural homes to rent right across the country. This home-buyer and relocation behaviour has been seen in the UK, the US and in many other countries over the past 18 months. If rural areas prove to be attractive for newcomers, then we might not be looking at a bubble or a blip, but rather an entirely changed – and balanced –  domestic property market.

← Might rent controls stop capital flowing into Ireland?Rental Crisis: Mass exodus of private landlords is a casualty, not the cause →