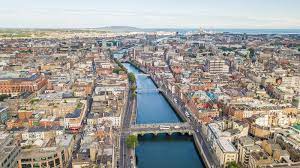 Earlier this week it was announced that the rent pressure zone (RPZ) scheme is to be reformed and any rent increase must now be made in line with the nation’s annual inflation rate. This effectively gets rid of the 4 percent annual rent hike, which was reportedly being used as more of a “target” than a limit. Again, this is an example of reactionary, populist policy making backfiring due to the law of unintended – but entirely inevitable – consequences. According to early reports on TheJournal.ie, the new rules are set to come in this month. The new rules will be inserted into the Residential Tenancies (No. 2) Bill 2020, which was published last month. Also, the laws expected to be passed by 9 July will not allow for an 8 percent rise to compensate landlords for the pandemic period when rent increases were banned. This bill also restricts the level of upfront payments required of tenants, to a total value that does not exceed two months’ rent to cover any deposit and one month’s rent in advance.

These latest measures come in a week of quarterly house price reporting from the country’s main property portals. The Irish Times reported that ‘House prices surge 13 percent as ‘red hot’ demand outstrips supply’. The Irish Times does not use the term ‘red hot demand’ lightly. Reports from both MyHome.ie and Daft.ie show a robust pick-up in house price growth over the past 12 months. MyHome data revealed the average asking price for a home nationally rose to €303,000 in Q2, “breaking the €300,000 mark for the first time”. The average asking price for a home in the capital is now €412,000, up 10.6 percent year on year. In the regional cities of Cork, Limerick and Waterford, asking prices increased between 14.3 and 15.5 percent in Q2, while in Galway city, asking prices rose 12.6 percent. Aligning with trends seen earlier in the year, and similar to those reported in the UK, the biggest price hikes are in rural areas, with Longford, Wexford, Waterford, Kerry and Roscommon all seeing price rises above 20 percent over the past year.

These figures vary from the CSO statistics, which recorded an official rate of annual house price growth of 4.5 percent from April 2020 to April 2021.

While we have stopped using the comparison of the peak, circa 2007/2008, it is worth noting that house prices nationally are now 14.3 per cent lower than their highest level. Dublin property prices are now 19.6 percent lower than their February 2007 peak. Worryingly, there are fewer than 12,500 properties available on Daft right now, which is 6,000 fewer than this time last year.

Ronan Lyons, who authored the Daft report noted “While construction remains woefully inadequate compared to the true level of housing need in Ireland – likely as high as 50,000 new homes across all tenures and types – it can’t explain the spike in prices over the last year”. He attributes the prices increased to a massive fall-off in supply coming from the second-hand market. It will be interesting to see how vendor attitudes change over the latter part of 2021.

← What chance does any housing strategy stand without agreement on the target?Judicial Reviews are symptomatic of a wider problem →