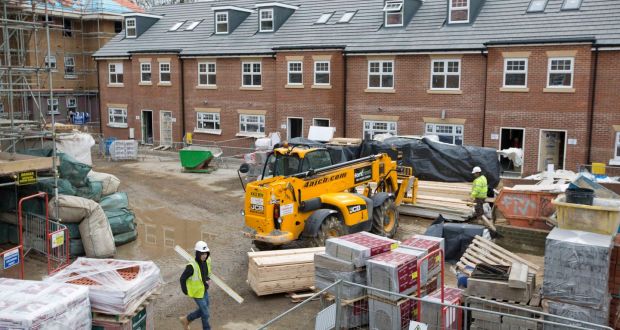 Housing Minister Darragh O’Brien published an article entitled ‘Housing policy must not be driven by ideology’ in The Irish Times today. This might reasonably be interpreted as a response to a number of articles published by the political opposition since New Year, which criticise housing delivery across a range of factors, including build cost, value for State money and optimum use of State land. The Minister’s opinion piece outlines the central role that the State must play within our housing system and how Housing for All is “ambitious”. Reportedly, the housing budget this year is one the largest in history and will be going towards the build of an expected 9,500 social homes. This includes newly-built homes and initiatives to bring existing stock back into use. Significantly, this year will see the delivery of Ireland’s first ever cost rental scheme. O’Brien states that “ideology cannot be a barrier to delivery, and supply must involve both the public and private sector” when talking about the various policies that are being used, and are likely to be used, to address the persistent housing crisis.

From this article, it is very clear that state intervention will be needed to tackle the affordability crisis. “Homeownership in Ireland is lower than the EU average and at 67.6% is a far cry from its peak of 82% in 1991.” Back in 1991 the average age of a first time buyer was 25 years, however, this has risen to 35 over the past 30 years. O’Brien believes that home ownership is for everyone and is a positive thing for people in all situations. Ownership is a huge part of building sustainable communities. He states that there are certain parties that oppose home ownership every chance they get, including the help-to-buy scheme (not terribly subtle). The help-to-buy scheme has assisted over 19,000 first time buyers to date and the Minister goes further to suggest that “opposition for opposition sake is unhelpful at best and dangerous at worst”.

The general scheme for the Affordable Housing Bill for 2021 was approved by Cabinet this past December. This housing bill outlines Ireland’s cost rental model, the legislative basis for direct state-led, affordable house building and the establishment of a new Affordable Purchase Shared Equity scheme. The latter scheme will see the State taking an equity share of 30 percent of the value of the home while the buyer takes out a mortgage for the rest. Over the past two years, take up in the English shared equity scheme increased by 14.5 percent. It must be said that the UK scheme has its critics, however, it remains to be seen if such a scheme in Ireland will help to crack the affordability nut that successive Irish Government’s have failed to crack. As always, we welcome your views on this.

← Another year, another construction shutdownPublic Consultation: The Future of Residential Development in Dublin →