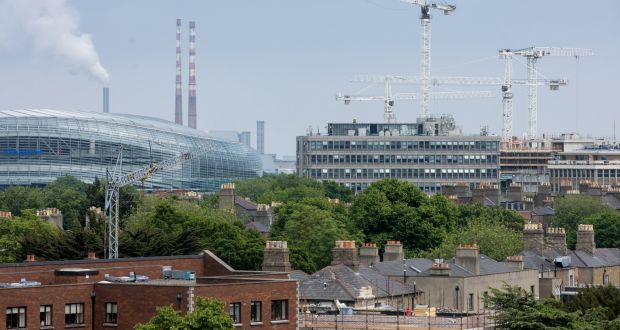 All things are relative.

Despite surprisingly upbeat commentary over the past three weeks, this week revealed that while Covid-19 has had little impact on house prices to date, the volume of sales is down by 29 percent to 35 percent, depending upon the region in question. In the Irish Times this week, one particular headline read ‘Sharp fall in home sales in April as analysts warn of worse to come’. You can catch up on this story here.

Property price fluctuations and the volume of transactions are both generally reliable and immediate indicators of market performance and consumer sentiment, but they alone do not tell the full story. At its core, the longer-term market is influenced by the correlation – or not – of demand and supply. Even if consumer sentiment remains robust and translates into strong demand, there needs to be consistent supply. And this is beginning to look like a problem for some sectors of the market, particularly at the upper end of the market. To contrast with that, Daft.ie reported an “historic” increase in the level of website traffic last month, which is similar to trends reported in the UK, suggesting that demand remains strong for entry level homes within commuting distance of urban centres.

In a forthright PwC webcast earlier this week, Stephen Bowcott, CEO of John Sisk & Son, spoke about the impact the pandemic has had, and continues to have, on the construction industry. Over the past month, since non-essential construction activities resumed, one of the main issues he identifies is the potential decline in productivity due to the two-metre social distancing rule. He also spoke about the importance of ensuring the mental well-being of all employees, which is important at any time, but particularly relevant this week as we mark Men’s Health Week 2020.

Significantly, he noted that in some areas of the organisation, productivity is back to normal and resources are back to 95 percent, which is well above the anecdotal experiences of contractors in Ireland. The Sisk team worked closely with the Construction Industry Federation (CIF) and with the other major contractors in Ireland to put together the new standard operating procedures, which enabled the industry to return to work and to sites ahead of other industries.

While speaking about his expectations for the Irish industry in the Irish Independent, the Sisk chief was quite matter of fact in forecasting that Ireland’s construction sector will likely enter recession in 2021, irrespective of the ambitious targets, bold announcements and “funding blitz” pledged this week in the programme for government.  “I think, overall in construction, there will be a recession,” CEO Steve Bowcott told the Irish Independent. “We’re just keeping an eye on what size that will be.” As are we.