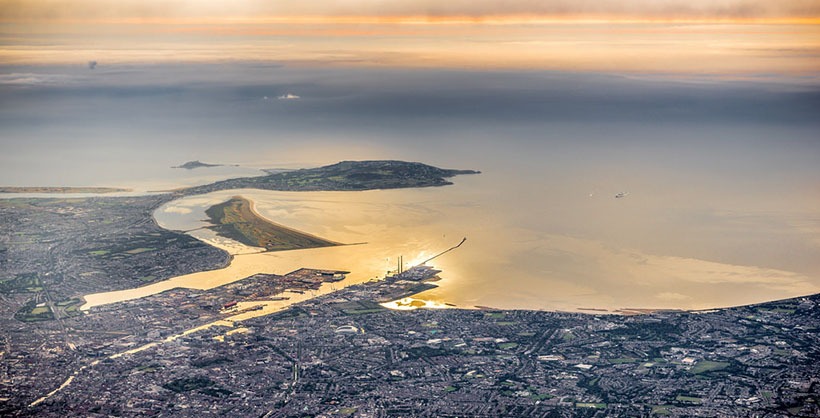 If you opened a broadsheet or turned on talk radio this week, you cannot have missed the most controversial housing story of the week (after co-living, which continues to stoke political tensions),  ‘Building on Dublin Bay’. Olivia Kelly covered this particularly well in the Irish Times.  Here in the Lotus IG offices, the proposal was met with mixed responses. Do we want to transform Dublin Bay and/or is it necessary?

If the proposal to reclaim land from the bay is successful, will this open up opportunities for many or just a few? As we know the Government’s Project Ireland 2040 plan is under pressure in terms of delivery. As we hurtle towards 2020, we cannot ignore the difficulties faced. With reports saying that reclaimed land at Dublin Bay could host homes for up to 150,000 people, this would undoubtedly help the property market.

The need to add density to the greater Dublin area is no longer in question, it needs to happen. If building up remains unpopular, would people who refuse to entertain greater building heights really choose to build on the bay and, if so, how will this affect the long-term plan of the city? While it has been advised by David Browne, president of the Royal Institute of the Architects of Ireland that reclaiming Dublin Bay would help Ireland meet its climate targets and provide housing, there have been some mixed views in terms of the environmental impact. Flooding occurrences are expected to be reduced with improved sea defences and the biodiversity could be relocated half a kilometer further out from the existing shoreline.

Developers who are creative and ambitious enough should be able to build environmentally sustainable neighbourhoods in that area. As it stands, the new Poolbeg strategic development zone, beside Sandymount Strand, is already designated to provide 8,000 people with apartments that the area critically needs. Any new plans to build homes is a good one but, if the planning for building on Dublin Bay goes ahead, there would be thousands of new homes made available. Furthermore, it would be a lovely area for homes, with views of the bay and boasting close proximity to the city centre. This means that everything people need would be within walking distance, making the prospect of urban living by the sea a sustainable one.

Residents in the area have already expressed their  (absolutely understandable) dismay at building on Dublin Bay. President of the RIAI, David Browne, said homes for 150,000 people could be constructed on reclaimed land around Sandymount Strand and the Tolka Estuary. If it is done right, it would be possible to create a fine living area for people and it could become an exemplar of seaside living in urban areas. Dublin Bay is not pristine, it currently facilitates industrial so, arguably, greater residential use would improve the area. However, we remain unconvinced – as always, we would like to hear your views on this.