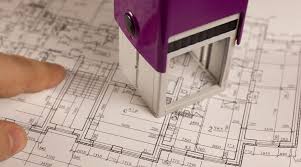 According to an article in The Sunday Business Post last weekend, home builders will face a new carbon footprint test as part of the planning application for new homes. It is not yet clear whether this applies to all new developments or only to those over a certain size/scale.

Given the increase in new homes construction activity outside of the capital, this new test is likely to impact builders who are delivering homes in commuter towns and villages. It may also hinder developments in parts of the cities and larger towns that have poor access to public transport.

According to the article, written by political journalist Michael Brennan, Housing Minister Eoghan Murphy is currently drawing up new guidelines to ensure that the likely carbon emissions of a new development are considered in the context of local planning, and this must be seen as a progressive step towards tackling climate change.

Significantly, these ‘guidelines’ (rules) will be issued under Section 28 of the Planning Act, therefore, local authorities will be obliged to factor them into zoning decisions when preparing local area development plans.

The actual ‘test’ has not yet been defined so we cannot say, at this stage, what factors will make a development score higher or lower (beyond basic common sense) when it comes to estimating the likely future carbon emissions of a completed and fully-occupied development. The article reports that the Eastern and Midlands Regional Assembly (EMRA) has been given the task of developing a new method to measure the potential carbon footprint of proposed schemes. While transport is likely to be of primary impact, senior planner with the EMRA, Malachy Bradley explained “You can measure that [transport] to some extent. But what we’re trying to do is something that’s a bit more robust and holistic”.

The timing of this announcement is particularly poignant as Monday, July 29th, marked Earth Overshoot Day. For anyone unfamiliar with this, it is the date by which humanity has used nature’s resource allocation for the entire year. The date that marks annual Earth Overshoot Day has moved up by two months over the past 20 years.  In simple terms, this means we are using up the natural resources 1.75 times faster than this planet can regenerate. July 29th was the global overshoot day – in fact, based on Ireland’s consumption rate, our overshoot day was actually back in April.

The Department of Housing has confirmed that a draft version of the new guidelines will be published in the autumn. So, is this just one more hurdle for home builders trying to navigate an already-burdensome planning regime, or is it a necessary and timely response to the critical issue of climate change? As always, we would be interested to hear from you – what do you think about this proposed carbon footprint test?